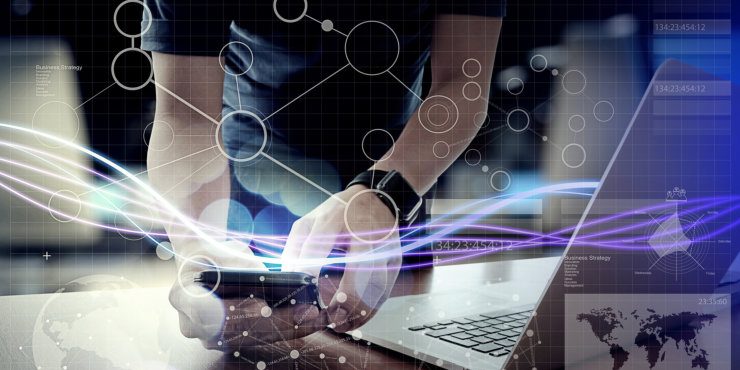 Datalink Technology and its partners is working on an exciting new range of devices using the latest cellular 4G IoT technology: 4G LTE Cat-M1 and NB-IoT.
These new versions of the 4G network offer great new benefits, in particular for our battery-powered device range.Here’s what you need to know.

The 4G / LTE specifications have historically been focused on smartphone style devices where there has been a demand for increased speeds and bandwidth with the specifications defining different categories – the higher the category the faster you were going! Where you see reference to “Cat” it is simply short for “Category”. So smartphones streaming video would typically these days be Cat 9 or even Cat 12 = nice and fast!

A few years back the folks writing the standards turned their attention to the Internet of Things and devices that don’t need this type of bandwidth and are typically trying to solve other problems. These IoT devices require

Where we find ourselves today in the IoT cellular landscape is with 2 different categories on the 4G LTE networks that cater for IoT devices: Cat-M1 and Cat-NB1 (more commonly called NB-IoT).

Cat-M1 supports IoT applications that require low to medium data rates and with functionality similar to a traditional 2G or 3G modem.
One of the main benefits over NB-IoT is the support for mobility – the ability of the modem to “hand-over” seamlessly to other cell towers as the asset moves around without dropping the connection. This is particularly important for Digital Matter devices that are required to do “real time” tracking, such as our vehicle and fleet tracking products.

The specification also allows the modems to be simpler and smaller, resulting in lower cost and lower power devices.
In our testing we have measured that our new Cat-M1 devices use anywhere from 1/2 to 1/3 of the power of our 3G devices to perform a data upload.
This has a massive implication for our battery-powered device range as we look to at least double the battery life of our devices.

The specification also supports “Power Saving Mode” or PSM – where the device can go into a deep sleep mode and retain the information it needs to remain registered on the network. Unfortunately our testing has revealed that in reality using PSM is worse than simply switching the modem completely off. It uses more power to wake the modem up from PSM than it does to power it on and let it register. We tested with different module suppliers and get the same results, so possibly it is a problem with the actual PSM specification?

NB-IoT is really the cellular networks answer to Sigfox and LoRaWAN. It uses similar narrow-band radio technology (that is the NB in the name) and is designed to allow networks to easily add it on to their existing 4G LTE networks (at least that was the intention, real world stories seem to indicate that it is not this simple).

It offers lower data rates than Cat-M1 and is really designed for simple, low power devices.
Some features of NB-IoT are:

The benefit of this is that our devices will operate globally across any Cat-M1 or NB-IoT network.
In order to keep the modem simple and lower cost it does not support any fallback to 3G. UBLOX will be releasing a version later this year that will support 2G fallback.

This is probably the biggest question you need to ask yourself – “Do I have a Cat-M1 or NB-IoT network in my country?”
Certainly we see that support for this new technology is now already in place in major markets and is quickly rolling out globally.
A simple web search of your cellular network providers should supply the answer.

One of the main advantages is that existing cellular networks can easily upgrade to support Cat-M1 and / or NB-IoT.
And readily deploy the technology across their entire existing network = super fast rollout by comparison to Sigfox or LoRaWAN.
Most networks seem to be picking one or the other, although some like Telstra and T-Mobile are doing both.

The USA has embraced LTE Cat-M1 and all of the major carriers have support for it.

In Australia Telstra has rolled out Cat-M1 across its 4G network and promises that by the end of 2018 to have better 4G coverage than its existing 3G network.

The Telstra Cat-M1 network is already very impressive in terms of the amount of land mass it covers. Click here to see their coverage map.

In summary we see the real benefits of the new Cat-M1 and NB-IoT devices in the “4Ps”:

How Can Asset Tracking Save Your Business Time and Money?
April 13, 2021

Why use GPS Tracking
February 17, 2021
Serviced Industries
Any Questions
Go to Top